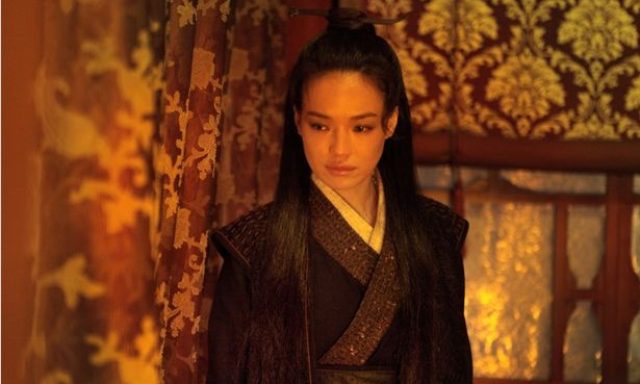 By Vikram Murthi | Criticwire
5月 21, 2015 at 2:37午後
Hou Hsiao-Hsien's first film in eight years may be the most beautiful martial arts movie ever made. It's definitely one of the slowest.

Legendary Taiwanese director Hou Hsiao-Hsien's "The Assassin" premiered at Cannes yesterday to positive reviews. Based on the tale of Nie Yinniang from the Tang dynasty, the film follows a young girl who's kidnapped and trained to be an assassin, but after over a decade, she's told to return to her hometown to kill her cousin and first love. Critics adore Hsian-Hsien's intricate mise-en-scene, the film's precise compositions, and its meditative pace. Most of all, they're celebrating his return to cinema after such a long absence from his unique vision.
Reviews of "The Assassin"

For its sheer beauty, its mesmeric compositional sense and pure balletic poise, Hou Hsiao-hsien's distinctive and slow-moving wuxia tale "The Assassin" demands attention. Although at the risk of philistinism, I now confess that for me its sometimes opaque and difficult plot means that my engagement with it can never be as absolute as it's been for others here at Cannes, who have not hesitated to acclaim "The Assassin" as a masterpiece and a Palme contender. I'm not sure that I can go that far. The final spark of passion I was looking for was more a delicate firefly which floated entrancingly but elusively ahead. But there is no doubt that "The Assassin" – Hou's first feature for eight years – is a movie of great intelligence and aesthetic refinement; there is majesty and mystery in this film, particularly in the visually remarkable final minutes, when its enigmatic power begins a kind of final ascent. Hou is concerned to do something new with the wuxia genre, to take it to the next level in his own language, and I think he is more successful here than Wong Kar-Wai was with his "The Grandmaster." He has brought to the wuxia material his own uncompromising seriousness, and welded this seriousness to the form's mythic resonance.

This article is a sponsored article by
''.